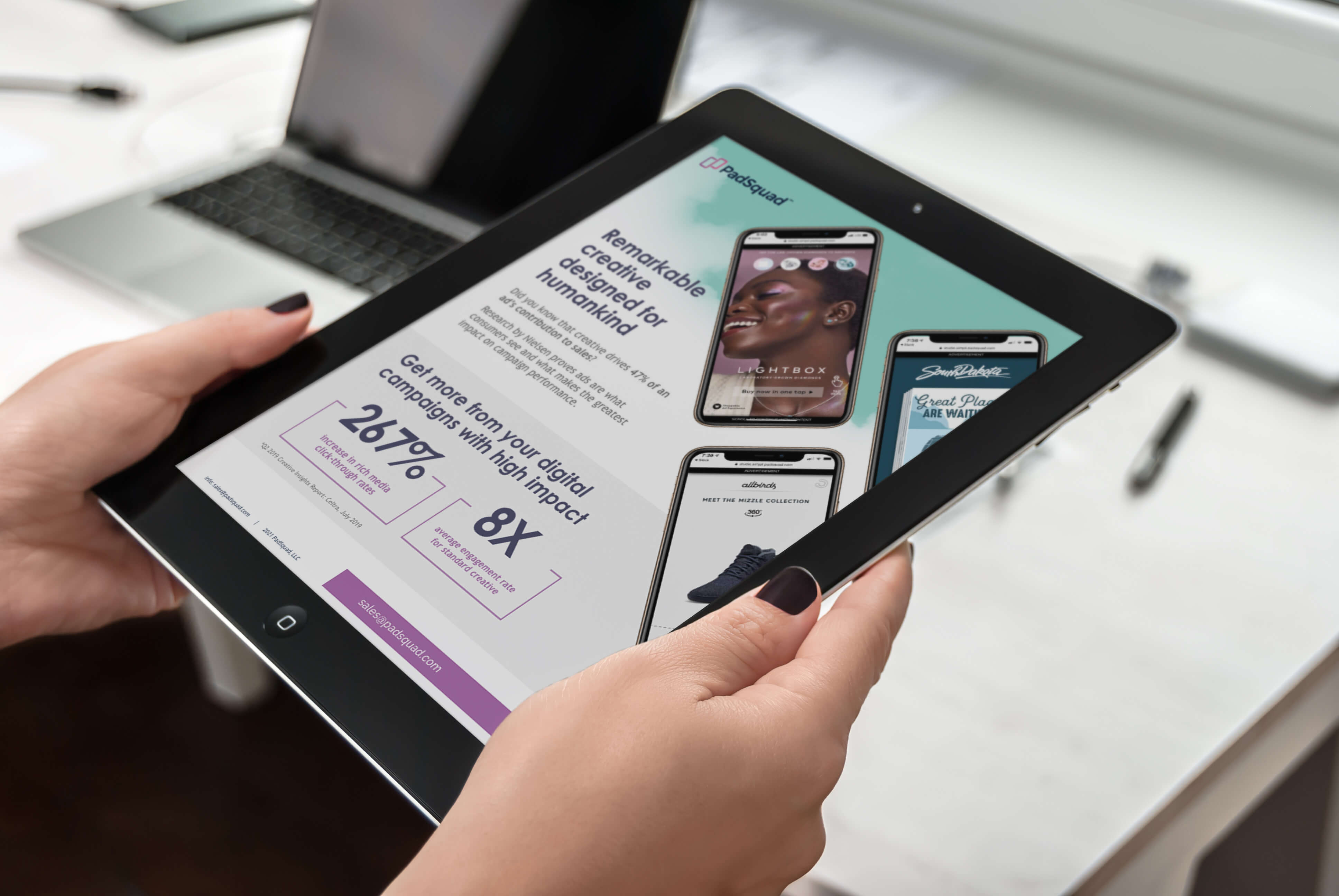 Ads on the internet don't just appear out of the blue: they're carefully designed and coded in order not only to look brilliant but to load promptly on any website. The plumbing behind these ads is called HTML5, which is a web language developed in 2012. It was specifically designed to make websites more responsive, helping them host rich media.

So while banner ads have been around since the advent of the internet, what's going on behind the scenes has changed dramatically since the 1990s. Here's what HTML5 banner ads can bring to rich media advertising.

Put simply, HTML5 is one of the key coding languages used on the internet. It's the complex system of commands and rules that underpins everything we come across when browsing the web. As you might expect, the "5" in "HTML5" refers to the iteration of the language, which is in its most sophisticated form in today's world.

The reason that developers have continually rehashed HTML coding language is because they've realized that little tweaks can make it more effective and efficient, improving performance while enabling websites to host ever-more-complex materials. That change has largely been driven by increasing internet speeds and investment in key digital infrastructure in what we call "Web2.0."

What Does HTML5 Enable?

The latest iteration of HTML5 has been developed to support high-quality media. Once it was officially incorporated into the world wide web in 2014, web developers and banner ad designers alike were able to be more inventive with the content they shared.

Keeping things simple, HTML5 means that a banner ad can support what we call rich media: not just text and images, but also all of the bells and whistles we associate with today's internet. That might include:

As such, HTML5 banner ads have essentially given banner advertisers many more options as to how they can draw in the attention of a web visitor or create something visually compelling and digitally sophisticated to share with global consumers.

What is Rich Media?

Why is it important for banner ads to use rich media – and what is rich media anyway? Well, rich media is simply media shared online that goes beyond the typical media we associate with the early internet – text and small-file images.

Rich media ads weren't even an option for advertisers fifteen years ago because internet speeds would not support it. The coding language also wasn't there to help compress larger and more elaborate files to share as banner ads. At this time, rich media had no footing on the web.

Since then, HTML5 and far faster internet speeds have made rich media a common part of our internet landscape. A website without an animation may now feel tired and tawdry. One that only features simple text and images feels positively archaic and backward-looking.

The same can be said for banner ads. The banners you see today are rarely static – they'll always feature something designed to attract the eye and make the ads more effective.

Rich media ads are a hugely important tool for advertisers. It gives advertisers a new advantage in the war for consumer attention, seeing as it is common sense that our eyes are more drawn to colorful moving images than they are to monochrome still ones.

Conversations around rich media have thus been taking place since before HTML5 was even developed. Advertisers specializing in online banner ads knew that the time would come when their output would be significantly boosted, achieving tremendous success by capturing more attention.

Of course, banner ads aren't the only media on the internet to be making a success of our new rich media environment. Yet the fact that they can keep pace with the change taking place across websites means that they're still able to retain relevance and viability in the 2020s.

So we come to rich media banner ads, which are generally seen as among the most effective forms of online advertising out there. They are simple to make and easy to place on websites if you partner with a company like PadSquad with the capabilities to develop these placements.

These types of rich media ads tend to be categorized in terms of whether they're native or non-native. Native adverts match the style of the website they’re hosted on, whereas non-native ones can feature anywhere. The benefit of running non-native adverts is that you can create beautiful, rich, and eye-catching banner ads to be placed on a wide variety of websites.

Many brands in today's world use online advertising to promote their products. They invest in the design team that builds the ads and the advertising agency that places that ad on a number of different websites. They expect a return on that investment, witnessing a boost in sales that more than justifies the initial spend.

The problem for advertisers today is that they'll not enjoy a high ROI on their advertising spend if they don't adapt. In some cases, dull and drab ads that don't make use of rich media and HTML5 won't return all that much at all, as eyes are drawn to more exciting, rich content.

Rich content is being created across the digital ecosystem in order to satisfy the consumer’s ever-changing desires to see exciting, engaging, and dynamic content – whether that’s in the form of a television show, an ad, or a news article. Ads that don’t respond to these changes risk losing relevance and, more importantly, engagement.

So while HTML5 banner ads have been fantastic for the web experience and for the types of content that people can enjoy online, the effect on marketing has been to start an arms race. Those brands that adapt will enjoy a high ROI for the advertising spend, while those who don't may abandon this form of marketing altogether.

At PadSquad, we're happy to help you adapt to the rich media landscape. Get in touch with our digital advertising company for a demo of our rich media offerings and an explanation of what we can bring to your business.

The digital marketing world is packed full of tricks, tools, and techniques seeking to bolster your...

What are the Best Practices for Producing HTML5 Banners?

HTML5 banners boast some incredibly advanced features that your next marketing campaign is sure to...